A mass grave containing the remains of 215 children has been found in Canada at a former residential school set up to assimilate indigenous people.

The children were students at the Kamloops Indian Residential School in British Columbia that closed in 1978.

The discovery was announced on Thursday by the chief of the Tk’emlups te Secwepemc First Nation.

Prime Minister Justin Trudeau said it was a “painful reminder” of a “shameful chapter of our country’s history”.

The First Nation is working with museum specialists and the coroner’s office to establish the causes and timings of the deaths, which are not currently known.

Rosanne Casimir, the chief of the community in British Columbia’s city of Kamloops, said the preliminary finding represented an unthinkable loss that was never documented by the school’s administrators.

Canada’s residential schools were compulsory boarding schools run by the government and religious authorities during the 19th and 20th Centuries with the aim of forcibly assimilating indigenous youth.

Kamloops Indian Residential School was the largest in the residential system. Opened under Roman Catholic administration in 1890, the school had as many as 500 students when enrolment peaked in the 1950s.

The central government took over administration of the school in 1969, operating it as a residence for local students until 1978, when it was closed.

What do we know about the remains?

The Tk’emlups te Secwepemc First Nation said the remains were found with the help of a ground-penetrating radar during a survey of the school.

“To our knowledge, these missing children are undocumented deaths,” Ms Casimir said. “Some were as young as three years old.”

“We sought out a way to confirm that knowing out of deepest respect and love for those lost children and their families, understanding that Tk’emlups te Secwepemc is the final resting place of these children.”

What reaction has there been?

The reaction has been one of shock, grief and contrition.

“The news that remains were found at the former Kamloops residential school breaks my heart,” Mr Trudeau wrote in a tweet.

What were residential schools?

From about 1863 to 1998, more than 150,000 indigenous children were taken from their families and placed in these schools.

The children were often not allowed to speak their language or to practise their culture, and many were mistreated and abused.

A commission launched in 2008 to document the impacts of this system found that large numbers of indigenous children never returned to their home communities.

The landmark Truth and Reconciliation report, released in 2015, said the policy amounted to “cultural genocide”. 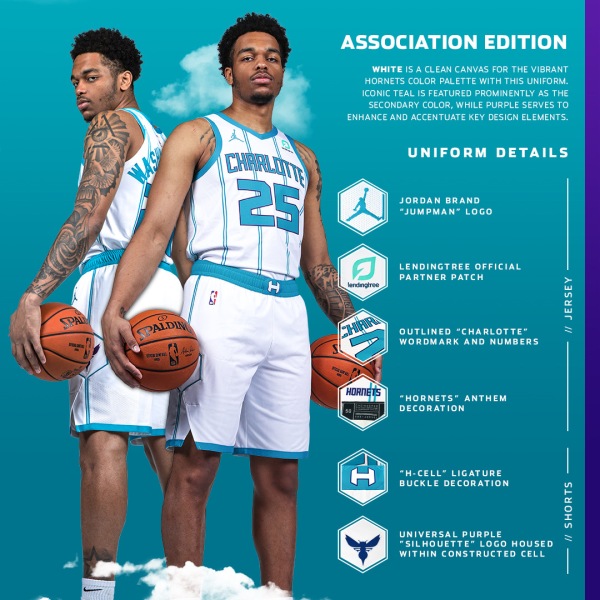 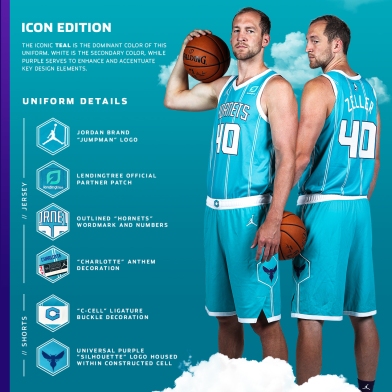 Charlotte Hornets fans have loved the teal pinstripes since 1988. The team listened and learned.

Next season’s primary uniforms will be white jerseys with teal pinstripes and teal jerseys with white pinstripes, the Hornets announced Monday. They won’t quite be direct replicas of Alexander Julian’s iconic design, but they’re close.

The new look will be available to fans for retail purchase Oct. 1.

When the Bobcats re-branded to the Hornets’ name and look in the spring of 2014, they adopted the original teal and purple color scheme. However, the uniforms were dissimilar to Julian’s pinstripe-and-pleats look, which so contributed to the expansion team’s popularity in the early 1990s. They were teal as the dominant color, but had broader stripes down the side of jerseys.

The Hornets wore replicas of the original uniforms for a handful of games each of the past three seasons, and again that uniform was wildly popular. So, this new design owes heavily to that look.

“We really had our ear to the ground listening to our fans’ comments, many of which through social media,” said Seth Bennett, Hornets senior vice president for consumer engagement. “As we were unveiling some of the uniforms, we kind of paid attention to the feedback and comments we were getting. And some of the polls that we used, to see the popularity of various uniforms.

“We definitely used that to inform the process.”

Under NBA rules, Bennett said, the Hornets couldn’t change the look of their primary uniforms for at least five years.

The rebrand to Hornets has been a success: Bennett said the Hornets have been in the top half of the NBA in merchandise sales consistently since the switch from Bobcats to Hornets

The original classic uniforms, worn by the likes of Larry Johnson, Dell Curry and Muggsy Bogues, will now only be available for celebrating anniversaries. Bennett said, “it will be a few seasons before you see those classic jerseys again.”