Comedian and T.V. personality Juan Joya Borja, best known in America as the “Spanish Laughing Guy,” has died. Borja was 65 years old and died after what Spanish newspapers described as a “long illness.” He’d been hospitalized in 2020.

Known as El Ristas or “The Giggles” because of his distinct laugh, Borja rose to prominence in his native Spain after being featured on a variety show called Ratones Coloraos. During an interview with host Jesus Quintero, Rojas was telling a funny story about throwing dishes into the ocean while working a job as a young man. Borja found his own story so funny that he could barely get through it between fits of laughter.

Ratones Coloraos uploaded the segment to YouTube that year and it gained popularity in Spain, but Borja’s life as a meme would come almost a decade later. Around 2014, people took the clip and uploaded it with their own subtitles completely unrelated to Borja’s original story. Typically, Borja would take the place of an employee for a large company who would cackle through a story about how stupid their boss or a customer was.

When Apple announced a new MacBook in 2015, El Ristas giggled through its poor specifications as an Apple Engineer. El Ristats stood in for every person who’d encountered a flat earther, fought with their family about Brexit, or tried to buy a new graphics card in the past year.

No matter how bad the news, Borja could help you laugh through it. He is the inverse of the Hitler downfall meme. He’s someone who tells a story or explains a concept that is so ridiculous, he can barely get through it because he’s laughing so much.

Comedians Godfrey and Andre Kim discuss junk food, ethnic restaurants, and Super Bowl Sunday. Plus, the guys discuss Utah allowing schools to opt out of celebrating Black History Month, a woman suing Gorilla Glue for ruining her hair. Plus, a new documentary about legendary comedian Patrice O’Neal leads Godfrey to reminisce on his greatest memories with Patrice. Real Talk (twice a week!) with Godfrey and Andre Kim, ONLY on In Godfrey We Trust Podcast!

The Gist: A couple of years ago, Haddish flexed her newly-gained star power with Netflix to host and produce a stand-up showcase to feature some of the ladies she performed with in the comedy club trenches. Haddish’s “She Ready” catchphrase begat They Ready. Some of Haddish’s handpicked comedians were more ready than others.

For Season 2, Haddish turned to more seasoned professionals, some of whom she looked to when she was on the come-up, some of whom mentored her and offered her sage advice, and all of whom deserve more attention and credits from the industry and fans than they’ve earned so far. They are Godfrey, Tony Woods, Barbara Carlyle, Erin Jackson, Kimberly Clark, and Dean Edwards. Each get about 15 to 20 minutes to perform in individual episodes, with testimonials from Haddish. A seventh episode, “The After Show,” closes out the season with Haddish speaking to the group and asking them about their experiences on the road and in show business.

What Comedy Specials Will It Remind You Of?: If you haven’t already watched They Ready Season 1, then think of this as a throwback to the old Young Comedians shows that ran annually on HBO in the 1980s, or Rodney Dangerfield’s version of the same (only these comedians aren’t that young).

Memorable Jokes: They filmed this series last fall during the pandemic, and the opening episode finds Godfrey addressing the moment immediately, with jokes about how masks and a lack of salons have leveled the playing field for all women, in terms of their looks. He also offers up impersonations of his Nigerian cousins, his Chinese and Italian friends, and presidents Obama and Trump.

Godfrey pointed out how they filmed this showcase on the same stage in Long Beach where the late great Richard Pryor filmed his 1979 concert film, and yet how not much had changed in what they could joke about with regard to Black rights in America.

Perhaps the best part, if not the funniest, comes near the end of the whole season, when Haddish asks each of the comedians who they’d bring up next, as Haddish has done with them. That allows Carlyle to shout out Mugga, Edwards to talk up Harris Stanton, Jackson to wish for Paris Sashay, Godfrey to highlight Marina Franklin and Ian Edwards, Clark to tip her cap to Hugh Moore and Lexie Grace, and Woods to holler at Greer Barnes and Rondell.

Godfrey and Andre Kim discuss the tragic passing of Chadwick Boseman, the return of black television, Netflix’s Umbrella Academy, Godfrey’s beef with comedian Shane Gillis, and more. Real Talk (twice a week!) with Godfrey and Andre Kim, ONLY on In Godfrey We Trust! 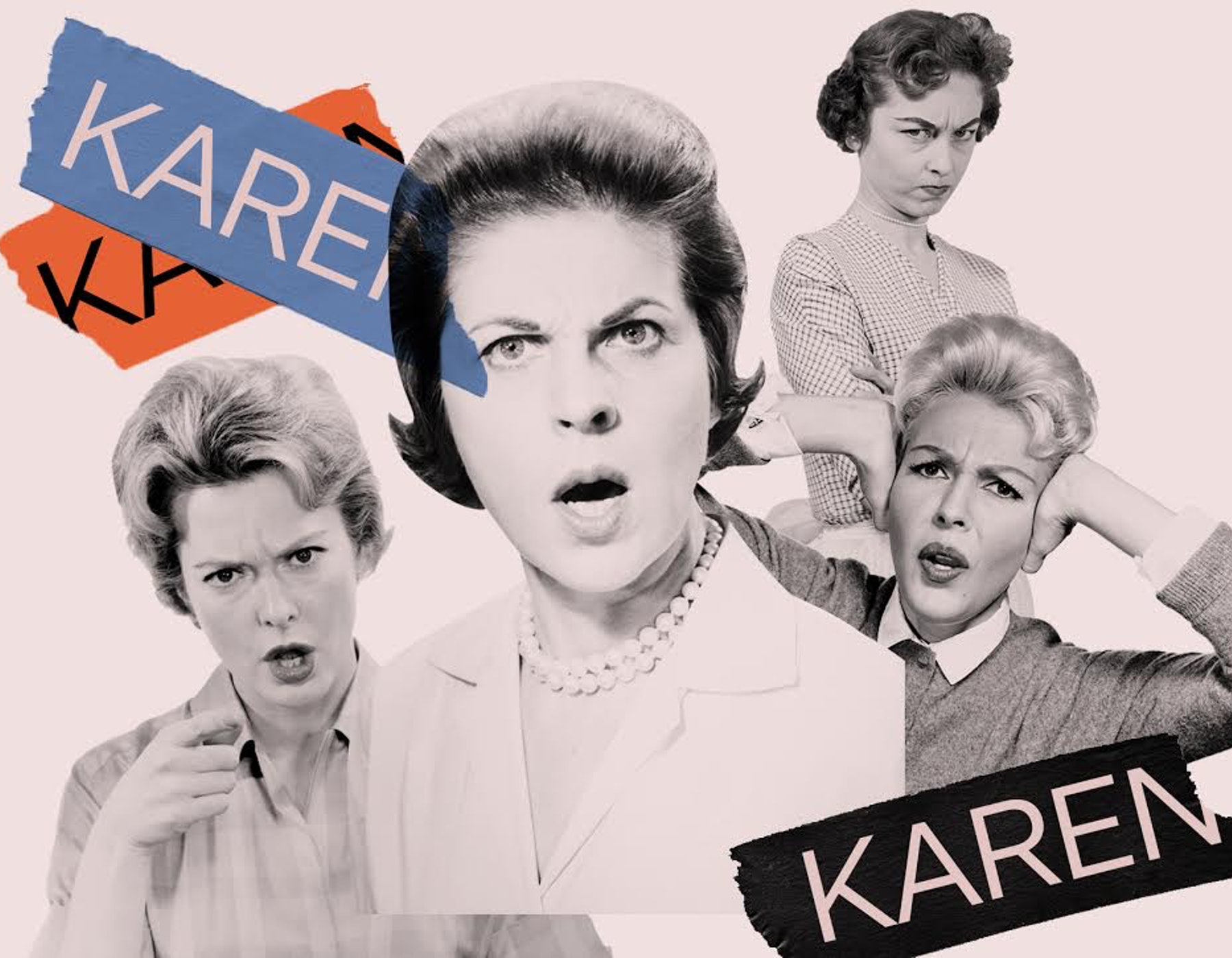 Urban Dictionary defines “Karen” as “the stereotypical name associated with rude, obnoxious, and insufferable middle-aged white women. In other words, a “Karen” is the type of woman who demands to speak to your manager or complains when you stand in the grocery store express line. Chances are, you’ve personally been victimized by a “Karen” — you just knew them by Amy, Sarah, or Emily. “Karen” — one of the top 10 most common names for baby girls born in the 1950s and 60s — has evolved into much more than a moniker. Now, American Karens are forced to reckon with their name becoming a symbol of white privilege.

While not all Karens are coming up with nicknames, many agree that “Karenphobia” has gotten out of hand. “The basis of the meme is fair, but what started out as a meme which rightfully called out white women on their privilege has evolved into a politically correct way for people to insult women,” Karen M. says.

So, could the world possibly be on the brink of a Karen rebellion? “I think that there will be a larger push back against the meme, and it will be led by women, but not that it will necessarily be women named Karen,” Karen M. says. There’s only one problem: raising a complaint with “systemic Karen-ism” might play into the very meme they’re fighting against.

In this clip, Earthquake talked about the reaction he received following his first VladTV interview. The legendary comedian also discussed what it’s been like as a stand-up comic in the age of COVID-19. He described what it was like performing live for the first time since the pandemic and admitted that the “money is funny” as a result of the public health crisis.

In this clip, Godfrey starts out by reacting to correctly predicting that Tekashi would rap about snitching in a previous VladTV interview. He went on to state that he doesn’t believe that Tekashi’s reverse psychology plan will work, because history and movies have shown that people don’t respect snitches. Godfrey also joked about a 12-year-old girl revealing Tekashi’s address online, and he went on to impersonate Tekashi rapping about snitching, which you can view above.