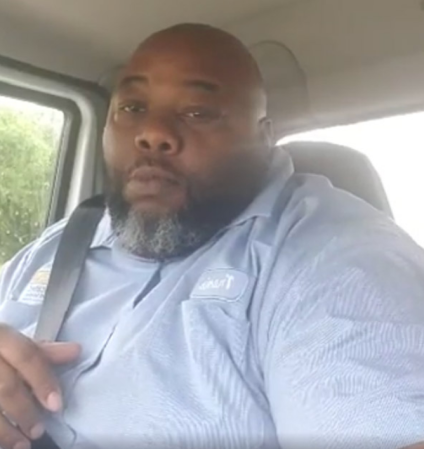 A viral video shows a furniture and home appliance delivery driver being held against his will in a neighborhood, blocked in by a HOA president who demanded information from him regarding why he was there.

“I want to know where you’re going?” a man named David Stewart is heard saying on a viral Facebook live.

“It’s none of your business. I’m going out, that’s where I’m going,” Travis Miller said.

“All we want to know is why you’re in here and who gave you the gate code. That’s all we need to know,” the man said.

Miller told News 4 he did not want to share his customer’s personal information.