NEWBURY PARK, CA – MARCH 28: Retired NBA Player Kobe Bryant talks with girls at the Her Time To Play basketball clinic hosted by JR.NBA and WNBA with on March 28, 2019 at Mamba Sports Academy in Newbury Park, California. NOTE TO USER: User expressly acknowledges and agrees that, by downloading and/or using this photograph, User is consenting to the terms and conditions of Getty Images License Agreement. Mandatory Copyright Notice: Copyright 2019 NBAE (Photo by Will Navarro/NBAE via Getty Images) 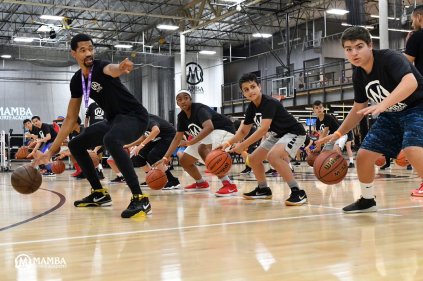 The Mamba Sports Academy was launched in 2018 as a joint athletic training business venture with Bryant and Sports Academy CEO Chad Faulkner. The name will change back to The Sports Academy on Tuesday, with a new website and logo rebranding, Faulkner told The Undefeated.

The name “Mamba” was a part of Bryant’s nickname, “The Black Mamba,” which he gave to himself.

“Our beliefs and thoughts are Kobe is one of one. ‘Mamba’ is one of one,” Faulkner told The Undefeated. “And with that as we carry on as The Sports Academy, it’s more appropriate to put Kobe in another Hall of Fame, if you will, and to really respect a legacy that is really unrivaled, frankly, and let that live on its own. We will continue to do the work we do.