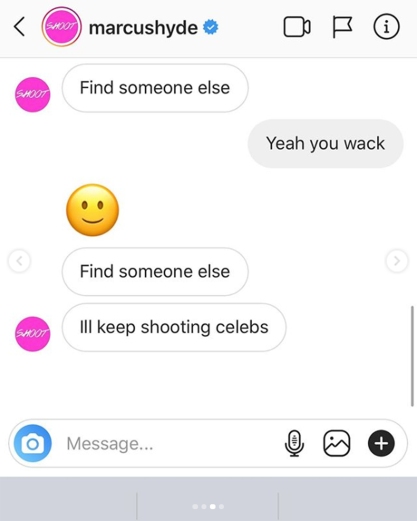 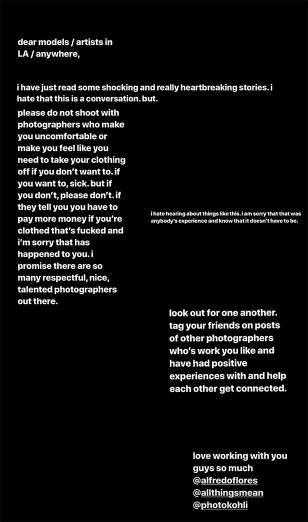 In her screenshots of their alleged conversation, she claimed that he asked her for nude photos in exchange for a free photo session. However, when she declined and said that she was only “comfortable shooting lingerie and partial nudity,” he allegedly responded with: “It’s 2k then.”

“Yeah you wack,” she said, according to her screenshot of their private messages. “Find someone else,” he said. “I’ll keep shooting celebs.”